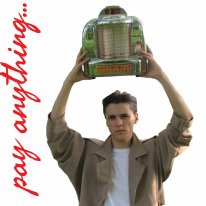 At the bottom of the page there are a series of saucy little descriptions of fonts that we probably had way too much fun making up. Your name will appear in the credits of the documentary in the style and size you pick.
Or, if you prefer, you can remain fabulously anonymous .
Pick the font that works for you. Click on the donate button, pledge your amount. That's it, too easy right?
Thanks for looking. The McCrearys 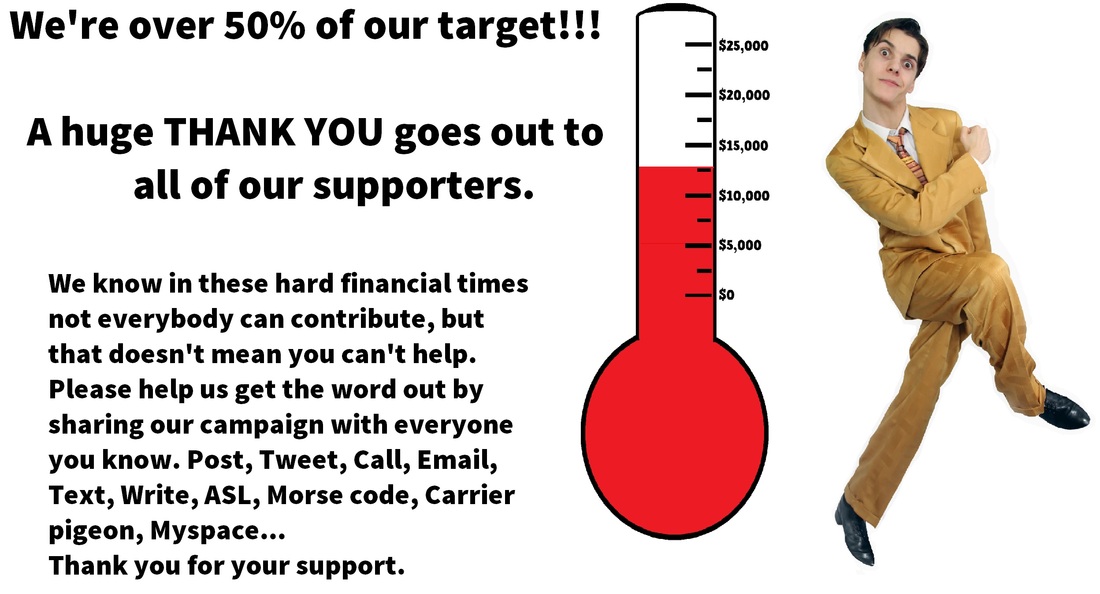 and I have Asperger's Syndrome. At the age of 13, in an act of self-preservation, combined with the desire for constant attention and the inability to stop talking, I started doing stand-up comedy. I have two brothers, my younger brother Matthew is non verbal and profoundly challenged. We both have Autism spectrum disorder. People with ASD may have some things in common, but because it’s a spectrum there are also lots of differences. 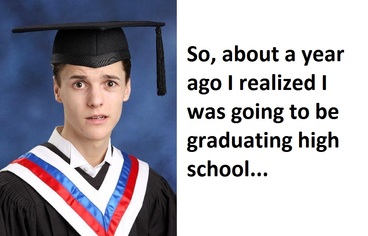 All my friends were talking about what schools they were applying for and I had no idea what I was going to do. The only thing I knew was that I wanted to perform and I wanted to do something that matters. So I sat down with my folks and came up with a plan.
This coming October, in recognition of Canada's Autism Awareness month I’ll be making a documentary. I’m taking my show “Does This Make My Asperger's Look Big?” on the road.  I'm packing up my microphone, my shakey weight, a month's supply of Timbits, my folks, one of my best friends Travis, along with Alex the cameraman into an RV. We'll be driving from St John’s, NF to Vancouver, BC performing pro bono (that's Latin for "free") in universities, comedy clubs and church basements to help local autism organizations raise funds for programs within their communities.Along the way, I’ll be interviewing families across Canada and sharing their stories of positive experiences to help change the stereotype of autism. We believe in the power of laughter as a way of bringing people together and getting through the tough times. Of course we may not feel that way after spending 29 days together in an RV.
It'll be a blast and you can come along for the ride.
As of today I am booked right across Canada, starting at Signal Hill in St. John's. I'll be doing 12 shows and 24 interviews in 10 provinces in 29 days. For exact locations and times you can check out the Cross Canada Tour page. 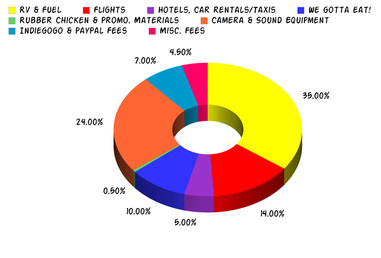 PERKS*
*colloquially known as a "perk" or a "perq", a short form of the word perquisite.
If seeing your name up on the big screen is on your bucket list, then this is your lucky day. Consider, if you will, our Font Size Matters Campaign.
Simply peruse down the list of perks, pick a font size and style that fits your budget and aesthetic appeal and we will make it happen. And remember it's not just the size that counts, it's what we do with it.

We will be hosting a pre-tour live performance of  "Does This Make My Asperger's Look Big?" prior to the trip in Orangeville, Ontario in late September, as a special thank you to all of  our Indiegogo sponsors. We also have extra perks ranging from draws for t-shirts (like the ones worn on the trip), copies of the film, personal appearances*, premieres, deputy premieres and for one very lucky person, I will name my first pet after you.
* I may not leave and you must have electricity.
We'll also be keeping everyone posted on Twitter and via emails, FaceBook and website updates.
If we don't reach our goal we're doing it anyway. Visa & MasterCard will be our sponsors. Well not exactly our sponsors as we have to pay them back. It would be much easier if y'all helped us out.

We know in these hard financial times not everybody can contribute, but that doesn't mean you can't help. Please help us get the word out by sharing our campaign with everyone you know. Post, Tweet, Call, Email, Text, Write, ASL, Morse code, Carrier pigeon, Myspace...
Thank you for supporting me.